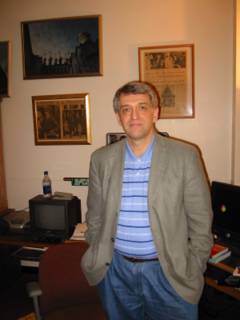 Sometimes you get tired of doing business research. So I decided to do some consulting for psychologist Jim O'Neil, who between therapy and teaching sessions, manages to do some research on a brainchild of his: the Gender Role Conflict Scale. It seems that "men's gender role conflict is associated with a host of salient psychological variables that affect both men's and women's lives", quoting his webpage on that matter.
Email ThisBlogThis!Share to TwitterShare to FacebookShare to Pinterest
by Niels on Friday, May 28, 2004

Data mining is mainstream now. Stanford has offered courses in this area for some years now, but recently offerings have been expanded.
Email ThisBlogThis!Share to TwitterShare to FacebookShare to Pinterest
by Niels on Friday, May 28, 2004

Email ThisBlogThis!Share to TwitterShare to FacebookShare to Pinterest
by Niels on Sunday, May 23, 2004 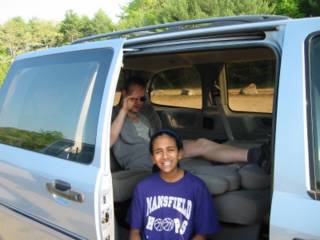 Here's my new stepdaughter. She also thinks the soccer mom car is cool. She wants to study law at Yale, but I think her talents at singing should be put to use instead. This day we checked out a local lake and learned how to play ducks and drakes.

Email ThisBlogThis!Share to TwitterShare to FacebookShare to Pinterest
by Niels on Friday, May 21, 2004 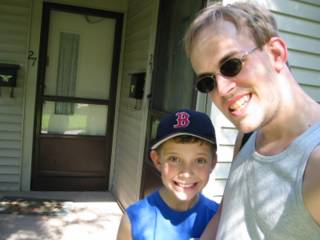 Meet my new stepson. He likes videogames and has a girlfriend. They didn't kiss yet, though.

Email ThisBlogThis!Share to TwitterShare to FacebookShare to Pinterest
by Niels on Friday, May 21, 2004

How William Gibson Changed my Destiny

"If poets are the unacknowledged legislators of the world, science-fiction writers are its court jesters. We are Wise Fools who can leap, caper, utter prophecies, and scratch ourselves in public. We can play with Big Ideas because the garish motley of our pulp origin makes us seem harmless" writes Bruce Sterling in a preface to "Burning Chrome" (1985), a collection of cyberpunk short stories authored by William Gibson. 19 years later Gibson stands out as the guy who prophetically coined the term 'cyberspace' before the rise of the internet. Another aspect of his writing had a larger, lasting impact on my life.

Growing up in Denmark, a safe scandinavian everybody-is-middle-class nation with one of the largest public sectors in the world, progressive teachers brainwashed children into political activism. Since 8th grade I had wanted to become political scientist, then a politician or at least a public servant that would improve peoples lives. Reading Gibson was to peek into a capitalistic future of all-powerful multinational corporations setting the agenda against a backdrop of weak nations. A both freightning and fascinating outlook. My application for the political science education had been accepted the summer of 1996, but rereading the Sprawl-trilogy changed my mind. It would not be public servants that possesed power to change the future world. Instead the School of Economics and Management would receive a new student, who prepared for the unavoidable apocalypse of the welfare state.

Sterling goes on to note that Gibson "is a devoteee of [...] 'invisible litterature': that permeating flow of scientific reports, government documents, and specialized advertising that shapes our culture below the level of recognition." Traces of Gibsons 'Pattern Recognition' (2002) are seen here, a book set in current time with the feel of a science fiction novel. The main character is a 'coolhunter', a woman with a superhuman sense for the next big thing.
I went on to do a doctoral degree in marketing research, but lacking the sense for brands myself, I utilize math when looking for the patterns that big companies find interest.

A review of 'Pattern Recognition'

Email ThisBlogThis!Share to TwitterShare to FacebookShare to Pinterest
by Niels on Thursday, May 13, 2004
Newer Posts Older Posts Home
Subscribe to: Posts (Atom)